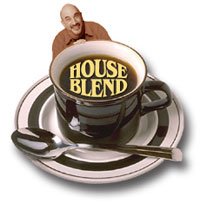 Simon has autism. Simon loves to win. Actually Simon needs to win, and thrives on coming in first. Simon also HATES to lose, and some of his autistic symptoms manifest themselves when he can’t claim, “I WON!” or even, “I DID IT!”

You know how kids are. They’ll yell, “Race you to the tree!” when they’re already half way there, and in full stride. When they reach the tree they triumphantly scream, “I WIN! I WIN!” without regard for how they won. Simon is the epitome of that scenario.

Simon is eight years old. Yesterday, Simon and I were on his 6-foot-rim-height basketball court. He shot the ball twice, missed, and stomped off the court. Sulking against a nearby tree, I coerced him to return by offering him consolation and help.

NOTE: Sulking, not responding to communication, and being alone are natural tendencies in people with autism, especially children – but they can sometimes be mitigated.

I got Simon back on the basketball court by offering him “the secret” of making more baskets. The lure of making a basket was evidently more attractive than resisting my coaxing. I lifted him up, and let him dunk the ball. He smiled, thought about it, and said, “I can’t be lifted every time. I have to do it myself.”

He’s correct, but I gave him a temporary win – a fleeting “feel good” moment. You can argue whether I did the right thing or the wrong thing, but my goal was to get him to return, get a basket, and feel better about himself. I did, he did, we did.

After making the basket, he took off running. “I’ll race you to the corner!” He won, and told me so. Twice.

Winning isn’t everything. Or is it?

THOUGHT: Do you need to win, or just do your best?

If you’re a runner who has run a road race, it’s likely you didn’t win the race. But you may have run your best time! Road races are about being and doing your personal best, and it’s a classic example that parallels selling.

Both require lots of preparation, specialized training, a great attitude, the thrill of competing, and the exuberance of finishing the race. No sulking or blaming.

It’s being and doing your BEST first, in order to have the possibility of winning second. Winning is also vital to how you handle not winning.

Resilience is paramount in everything you are and do in the game of life – especially sales life and sales leadership. In a game where you only win 3 out of 10 times, at best, you need to have a winning game plan (or a losing game plan) for the other seven. (Unless you’re still cold calling…Then you need a winning/losing game plan for 99 out of 100 times.)

Here are a few suggestions for re-thinking winning, losing, and being your best:

■ Learn and strategize how to win next time rather than lamenting the loss this time.

■ Spend as much time planning more practice as you do telling everyone how you lost one you should have won, and adding the blame, “If it wasn’t for blah, blah, blah, I would have won.”

■ Talk to people that win more than you do. And build winning relationships with them by sharing your best strategies. Maybe even give them a lead or two, or a shared commission.

Simon is not my child, but I love him. He has taught me so many lessons about patience, stubbornness, frustration, losing, winning, achieving, trying, rewards, smiling, and hugging that I lost count.

The next time you lose, ask yourself this simple yet all-powerful question: Did I do my BEST? If you did, the wins will begin to come. If you didn’t, you’ll blame the world for your lack of effort.