Around 100 people were evacuated from their homes yesterday in the Evere suburb of Brussels, Belgium, after the foundation of a newly erected tower crane was seriously compromised.

The 40 metre crane was erected on Monday but a serious underground water leak created a substantial void alongside the foundation/base of the crane causing it to shift around 200mm.

With storms and strong winds forecast the local authorities and emergency services took no risks and evacuated nearby residents and called the crane supplier in to dismantle it. 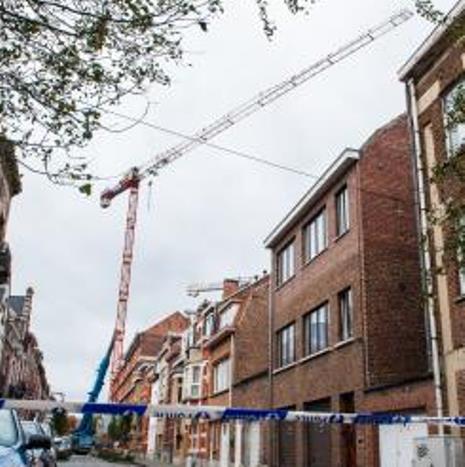