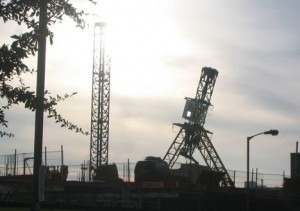 The Battersea Tower Crane Collapse created new regulations and guidance. As the new UK government moves to save costs, the industry is being deregulated once again, but this is a fail and not a win for industry.

Maybe it’s because I’m from the United States, where big cities often task department of building inspectors with conducting checks on every tower crane, that I think deregulation is a step in the wrong direction.

Throughout the inquest for the Battersea case, witnesses testified that existing UK regulations, LOLER, didn’t save lives as they were meant to.

Inevitably regulation and guidance, while written with the best intentions, and an essential part of the clockwork in most western countries, is going to be ignored by some company, sometime, somewhere, unless it is integrated with a truly independent agency checking the cranes.

Nor can the industry alone be relied upon to set a benchmark: during the Battersea trial witnesses said that commonplace practices, which new guidance calls ‘bad’, were common throughout the entire industry at that time. Thus, the service people and managers were not aware of the training they should have received.

Where guidance and regulation isn’t working, shouldn’t the public pay the £51,000-a-year price tag of regulation and reporting for the tower crane register, as quoted by the UK government’s Lofstedt Report into HSE savings? Isn’t that at least what a life is worth? The public gets a better and cheaper deal with regulation before an accident, than with a years-long trial after. And, lives may be saved.

The hidden cost of trials is on the reputation of tower crane industry.

In London and New York, crane accidents have killed members of the public. Local media has then put the blame on the industry as a whole.

Keeping accidents from splashing the headlines doesn’t have an impact just on one company, it has an impact on the reputation of the industry as a whole.

As with the recent BP Oil Spill and Fukushima Nuclear Meltdown caused by weak regulation, once disaster strikes the media and public quickly make up their minds about the whole industry. The best are classed with the worst.

The public sees all companies in terms of the one that has had the most publicity. More often than not, it is the industry’s worst accidents that are remembered, not the achievements.