The two crane operators who placed first and second at last Friday’s Regional Qualifying Rodeo in Bridgeview, Ill., have earned berths in the Crane & Rigging Hot Line & CIC Crane Operator Skills Championship that will be held in the spotlight of ConExpo in Las Vegas, Nev., next March. The top two finishers also reportedly posted the best scores seen in any regional competition to date.

Last week’s regional qualifying event, hosted by Imperial Crane Services Inc., was the third of 10 regional rodeos that will be held across the United States and Canada to set the field for the Las Vegas finale, in which 2o top contenders will square off to determine North America’s top crane operator.

Last Friday’s competition saw 20 crane operators from Illinois, Indiana, Michigan, and Wisconsin gather at Imperial Crane Services’ yard in Bridgeview to complete three timed skill tests that made up the contest. The operators with the two lowest scores, based on total time and penalty points, each earned a trip to the finals. 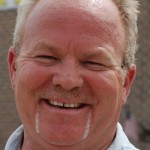 Bruce Gay, from Wonder Lake, Ill., a crane operator with 22 years of experience, placed first by posting the lowest score. Gay, who has run telescopic-boom cranes ranging in capacity from five tons to 360, works as a taxi-crane operator for Imperial Crane Service, handling from one to several jobs a day all around metropolitan Chicago.

The operator who took second place was Chris Marlow of Crown Point, Ind. Marlow was the final operator to tackle the course. Although he has about 17 years’ experience as a crane operator, 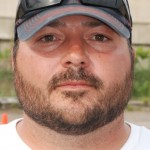 Marlow says he now spends most of his time working as a rigging supervisor and only operates cranes “off and on.” During his career, Marlow has run telescopic-boom cranes with capacities from 15 to 250 tons.

On-site representatives of Crane Institute Certification, a co-sponsor of the national Crane Operator Rodeo competition, reported that Gay’s and Marlow’s scores were the two best seen at any of the three regional qualifier competitions held to date.

Third-place finisher Robert McCleary had held onto first or second place most of the day. A 15-year veteran operator from the Moline, Ill., area, McCleary was the second competitor to challenge the course. He made is run at about 8:30 a.m. and held first place until Gay, the 12th contestant, beat his score about midday. McCleary then held onto second until Marlow, who went 20th at about 5:00 p.m., surpassed him to take second.

The competition site, the two Tadano rough-terrain cranes used in the contest, lunch, and beverages were all provided by Imperial Crane Services, Inc. The $10 entry donation paid by each competitor went to the charitable Bohne Foundation, which is dedicated to comforting the destitute, encouraging the hopeless, and aiding the needy. The foundation was established in honor of Imperial Crane Services founder, the late John Bohne.

The two telescopic-boom cranes used in the competition were a 35-ton-capacity Tadano GR350-XL and a 30-ton Tadano GR300-XL, as mentioned earlier, both provided by Imperial Crane Services. Their booms were extended to 70 ft., and contestants were allowed to boom up and down, but not to change the boom’s length.

Each contestant had to complete a series of three skill tests. The first required the operator to lower the crane’s headache ball into a barrel, then the raise the ball and swing to a second barrel, lower the ball into it, raise the weight back up, and swing back to the starting point without moving either barrel.

The second test required the operator to pick up a water-filled barrel and weave it through a slalom course without lifting a chain attached to the barrel’s bottom off the ground and without moving any of the four barrels that marked the course. 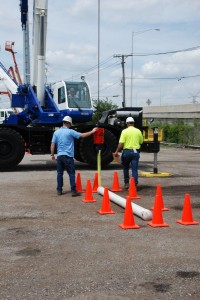 The third test involved lifting a 10-ft. long PVC pipe from lying on the ground to vertical, then laying it back down end for end without moving it outside a narrow, cone-defined area or moving any of the cones.

Each contestant’s score reflected total time, plus points added for errors such as moving a barrel, lifting the slalom barrel’s trailing chain off of the ground, or moving the cones that surrounded the PVC pipe.

The chief judge was Brian “Scott” Boyd, owner of Boyds Training & Inspections, Morris, Ill., who is himself a certified crane operator, has 35 years’ experience as a heavy-equipment mechanic, and is qualified in crane and equipment inspection, safety training, and OSHA third-party inspections.

The other judges were Jeanie Hoffman, Bryan Hart, and Paul Paliwoda, all of Imperial Crane Services.