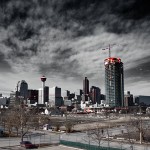 JSE-listed crane distributor SA French has reported a net loss of more than R10,2-million for the year ended June, compared with a net profit of R6,9-million in the 2008 financial year.

This was largely attributed to the property, plant and equipment used in the group’s rental business, which was largely financed by installment sales agreements. In turn, this has resulted in increased finance costs, which have reduced earnings and headline earnings.

I’m sorry, I didn’t hear you. Could you repeat that?