The operator on the ground slewed the crane, an Italian built FM Gru owned by Mega Cranes, without releasing that the chain slings on the hook could catch on the overhead power lines.

They did and the electricity flowed down the crane to earth sending sparks into a stack of wood pallets stored near the base of the crane, which then caught fire. 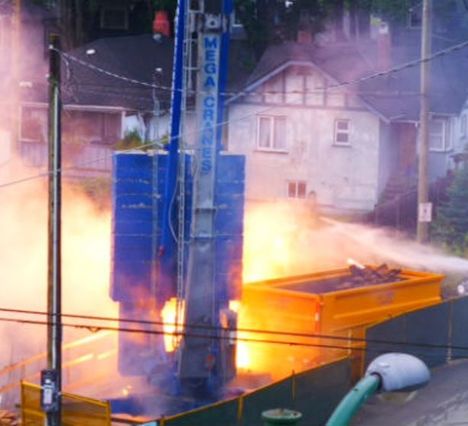 Pallets at the base of the crane caught fire

Fire fighters were called and managed to put the fire out relatively easily, and a BC Hydro team quickly moved in to repair the damaged power lines and reconnect power for around 2,600 buildings in the area. Thankfully no one was hurt in the incident. 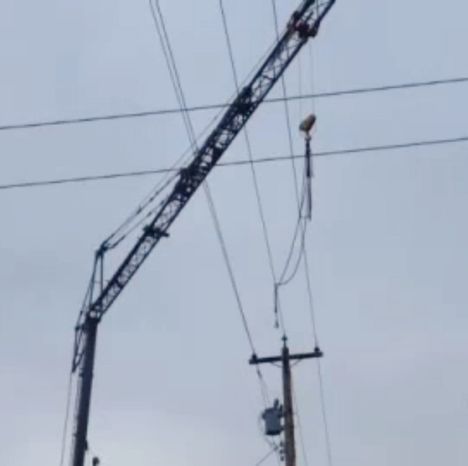 The lifting slings caught on the overhead power lines

Looks as though this crane was way too close to the power lines, and as such needed special care and possibly protection.

If operators could only be more aware of their surroundings before making such manouvres the world would be a significantly safer place.