Latest figures from the World Wind Energy Association show that the 250 gigawatt (GW) milestone of installed capacity in the world was passed in June 2012. WWEA forecast that total installed capacity to be up to 273 GW by the end of 2012. Installation of new wind turbines accounts for almost all of that extra capacity, meaning much work for cranes. 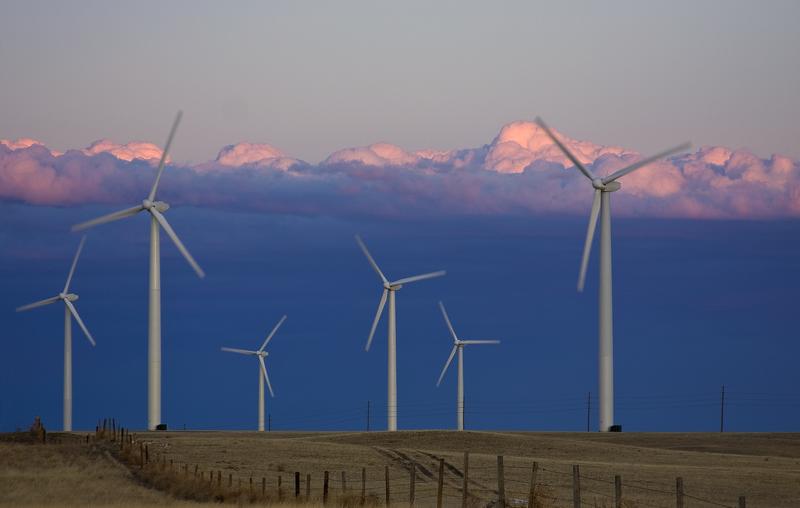 While the installed capacity figure translates into a healthy sounding annual increase of more than 16%, it is down on the 20% annual growth rate of 2011. A slowdown in the world’s largest wind market, China, has lead to the global decrease, as have uncertainties in other key markets, WWEA says. After China, the leading countries are USA, Germany, Spain, and India, all of which together have 74% of the world’s wind energy capacity. Of the top 10 countries, the USA, Germany, Italy, France and UK have shown an increase this year. Of the other five India was static and the other four, China, Spain, Canada and Portugal, were down on the previous year.

With a 32% share China is by far the largest market for new wind turbine installation. While that share is down on its 43% in 2011, the country will retain its number one position but at a lower pace, according to WWEA. In Europe growth highlights were Ukraine and Latvia, at more than 60%, and Romania and Poland, with more than 30% in the first half of 2012. Brazil and Mexico are the leading markets in Latin America, both showing above average growth, WWEA said.

Brazil is in 20th place in the world for installed capacity and is forecast to reach 10th position in 2013. The Ten Year Plan for Energy Expansion (ESDP) shows that the share of wind energy in the Brazilian energy matrix, currently 0.8%, is expected to reach 7% in 2020.

In the Brazilian market Makro Engenharia’s Makro Wind division is a leading player. For David Rodrigues, Makro commercial director, the country is experiencing a great moment in the industry. “The market for wind power generation is very promising. Wind energy has high competitiveness, efficiency and is an excellent fit with existing energy sources,” he says.

Makro offers complete turnkey solutions for installation and assembly of wind farms, including all transport and crane services. In 2011 it invested US$ 1.2 million in a training centre and other developments. Fleet investment includes the 1,200 tonne capacity Liebherr LTM 11200-9.1 wheeled mobile telescopic crane, lattice boom crawler cranes in 250, 400, 600 and 750 tonne capacities and, specifically for wind turbine erection, the Liebherr LR 1600/2 narrow track crawler crane.

To date in 2012 alone, Makro has bought 120 pieces of equipment, 60 of which are wheeled mobile telescopic cranes in capacities up to 220 tonnes, Manitowoc Grove rough terrains, including the 130 ton 9130, and a batch of 60 truck cranes from Madal Palfinger.

“Makro is constantly innovating, seeking the most modern equipment to develop the best services in its segments. We made record investments in 2012 totalling approximately 68 million dollars,” says, Fernando Filho, Makro managing director and financial director.

In the second half of 2012, Makro signed two major contracts with GE Energy for the deployment of 106 wind turbines in Sao Miguel do Gostoso, in the state of Rio Grande do Norde. It also started the installation and assembly of Alstom Wind Farms, Miassaba III in Macau and Rei dos Ventos I and III, in Galinhos.

In Brazil Makro says it has the largest number of projects in its portfolio in the sector. It is working with multinationals, including GE Energy, Enercon-Wobben, Suzlon, Alstom, Gamesa and Impsa. Projects are nationwide and it also has significant participation in installed sites in the states of Rio Grande do Norte, Ceará, Piauí and Paraíba.

While crawler cranes are a common sight on wind turbine erection projects, recent activity in Europe includes a project that was one of the first applications for the 1,000 tonne capacity Terex AC 1000 telescopic crane. Working for wind turbine manufacturer Enercon, crane service provider Neeb-Schuch in Germany erected four turbines near Hannover and one near Paderborn.

The Neeb-Schuch AC 1000 all terrain, on a nine axle carrier, arrived in Landesbergen, near Hannover carrying its 50 metre telescopic boom. The crane had to erect four Enercon E70 wind turbines with a hub height of 84 m, two at one location and the other two at a neighbouring site. The heaviest load lifted was 66 tonnes.

The crane was set up in SSL configuration with 188 tonne counterweight and 54 m luffing fly jib on a 12 m variable extension (VA). Outrigger spread was set at 13.5 m. A three-sheave hook block was installed with five falls of rope.

One assist crane was used to mount the four outriggers and the hoist, and to mount the SSL system, extension adapter, and luffing fly jib. The rest was rigged by itself. “This meant that we were able to set up the huge crane for the first two lifts in no time with only three workers. As for the lifts, they went perfectly smoothly,” says Reiner Wege, Neeb-Schuch crane operator. Wege extended the main boom in three steps, starting at 29.9 m, before extending to 34 m, and then 39.1 m.

The flexibility of the new crane was shown when it had to move to the project’s second site. It travelled about 500 m in a configuration that included the base of the luffing fly jib, the extension adapter, superlift system, mounted outriggers, and 68 tonnes of counterweight. All that gave a total weight of 270 tonnes. It travelled on an unpaved country road meant for agricultural tractors.

“Of course we left nothing to chance,” explains Rainer Staab, a member of the Terex Support team, who supervised the project on site. “The design engineers in charge calculated the exact load distribution and the road’s load-bearing capacity in advance and gave us the go-ahead.” For the last two lifts, the crane was placed about 30 m in front of the wind turbine foundations and worked at a large working radius. Again, the maximum load was 66 tonnes.

The second assignment for the AC 1000 was at a site in Benhausen, Paderborn, where the Neeb-Schuch team also erected an Enercon E70 wind turbine. In contrast to the previous job, the tower was a concrete structure made up of 22 rings, each one with a height of 3.8 m, totalling more than 80 m. Maximum weight of the concrete elements was 84 tonnes. The crane’s superlift configuration was identical to the one in Hannover.

The area for crane set up proved to be tricky as the roads that were prepared were too close to the wind turbine’s foundation. This meant that the AC 1000 luffing jib had to be set up over open, unprepared terrain. Thanks to the small dimensions of its components and the patented luffing fly jib erecting system, the crane was set up quickly and without complication, Terex said.

The crane was in service for several hours, as the tower’s structure required a large number of lifts. “The AC 1000 easily and smoothly handled almost 50 lifts without the slightest variation in precision, the highly effective and easy-to-use IC-1 touchscreen control system played a very important role,” explained crane operator Rainer Wege.