Seven men working on the Jirau hydroelectric power plant near Porto Velho in Brazil had a lucky escape on Monday after a crane dropped a 30 tonne load onto the scaffold they were standing on. 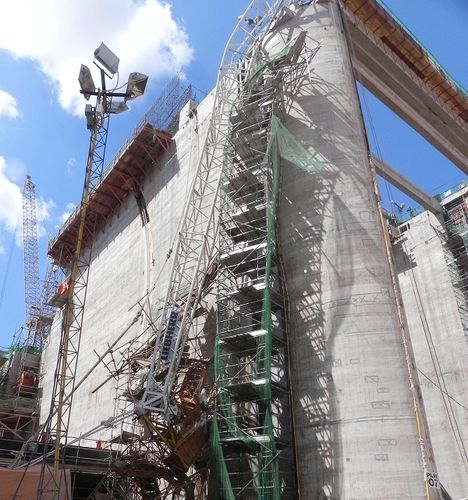 The crane an LR1400 owned by rental company Locar was lifting the 30 tonne element into place on the top of a pier, the seven men were on the scaffold waiting to receive it and then fix it into position. 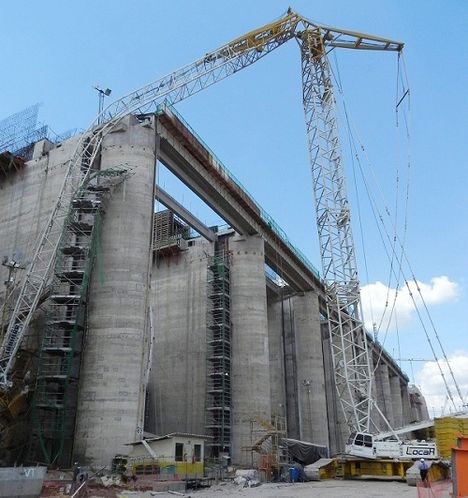 The crane was lifting the element on its luffing jib, when the luffing cable appears to have snapped, dropping the jib and its load onto the scaffold. Two men were injured seriously enough to be transported to the hospital in Porto Velho, while the others were treated at the clinic on site. We understand that the element jammed between two piers as it fell preventing it from crushing the men below. Otherwise we might have been facing seven or more fatalities. All but one of the injured was employed by Enesa Carmargo Correia.

The chief prosecutor at the attorney general’s office in Porto Velho sent two experts to the site to conduct an investigation.

Dynamic speaking and presentations are NOT an option.