A mobile crane overturned in Toronto, Canada yesterday afternoon, bringing down live overhead power lines and six poles, some of which landed on a passing bus, trapping its 30 occupants.

Emergency workers arrived soon after the incident occurred and ensured that the passengers on board the bus stayed put as a precautionary measure while the power was shut off and checked. 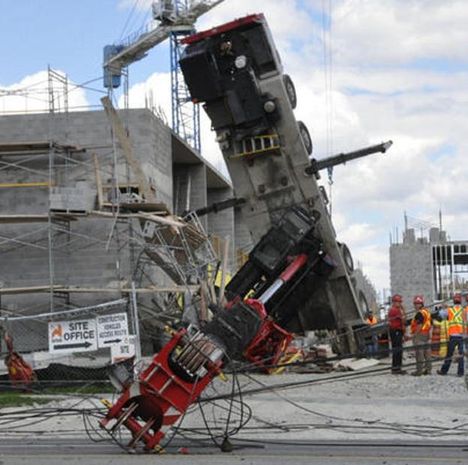 Amazingly no one was injured in the incident, although the crane operator was checked for minor abrasions and shock.

The crane, a four axle truck crane owned by Mammoet Canada, tipped over backwards, suggesting that ground may have given way under one of the rear outriggers, although nothing we have been told or seen can confirm this. 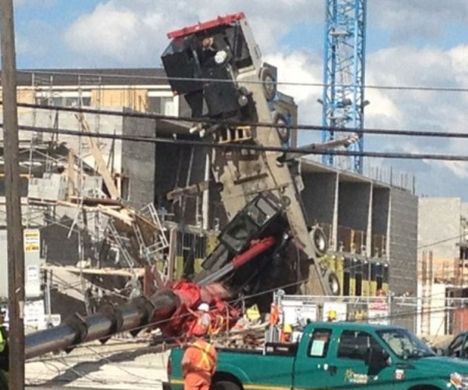 This type of overturn is highly unusual and thankfully it looks as though the only damage is disruption and some property destruction. It could so easily have been much much worse. Hopefully the company and the authorities will quickly publish the results of the preliminary investigation which should quickly identify the cause and provide an alert to other crane operators.