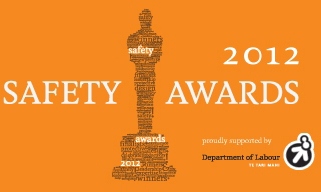 New Zealand’s McLeod Cranes has won a Department of Labour sponsored award for the best safety initiative by a small business.

The award, one of 11 that are presented annually, was for the way the company responded to a near-miss.

In the words of the award presentation announcment: “The company responded to a near-miss. event involving the transport of steel pipe casings, by leading a collaboration with clients to re-evaluate the procedures for the safe handling of casings. The result was a revised handling procedure which has improved safety and been well received in trials.”

The awards are judged by a panel of five representing the Department of Labour, ACC, New Zealand council of trade unions, Safeguard, and an industry health and safety practitioner.

McLeod Cranes, based in Mount Maunganui,Tauranga, with a branch in Taupo, was founded in 1995 is a family run and owned, with a fleet of cranes up to 170 tonnes.

The company said: “We are proud of our safety record and in 2006 we took on a full time structural engineer to give our customers further piece of mind that every significant lift is a planned lift to the highest level.”

Your Golden Ticket is Within Your Grasp.