A rotor was dropped last week as it was unloaded at power generation facility in Darlington Ontario, Canada.

Thankfully no one was hurt in the incident due to good safety procedures. The event may though highlight a design flaw in the lifting beam? 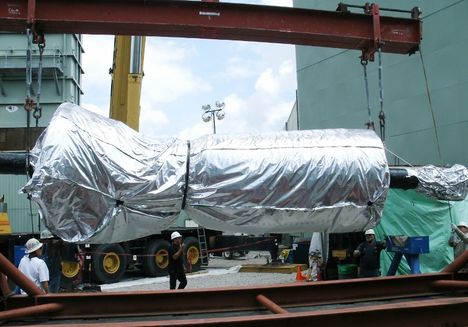 The lifting area was cordoned off with only the lift crew within proximity of the lift, and they were using tag lines and keeping well clear. We understand that the incident occurred last Wednesday and that in internal investigation it looking into the incident. 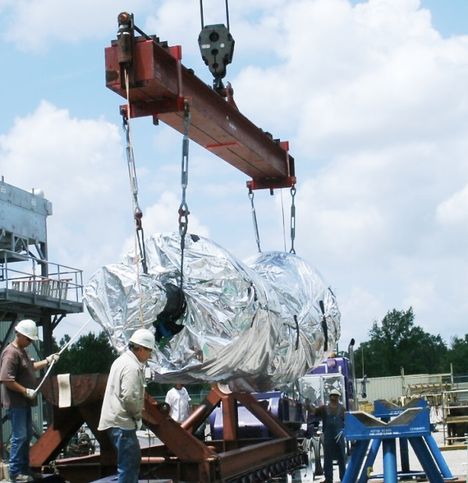 The Siemens rotor was rigged with a twin cradle lifting beam designed for the job, and lifted by a mobile crane. The plan was to simply lift t off the transported and place it in a rotor stand for storage on site.

We understand that as it was being lowered into the stands, one end of the lifting beam began to tilt downward causing the other end to rise. This then caused the higher end to slip out of the sling cradle and drop around three metres to the ground, while the other end landed in the stand. 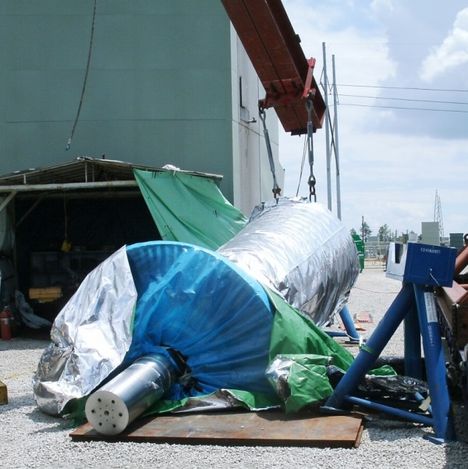 One end drops to the ground

We understand that this type of lifting beam – which is also used for other makes of rotor – is very sensitive to the location of the load’s centre of gravity, given that it has to be balance like a set of scales before lifting. A moderate imbalance or shift can easily cause an issue such as this. If this is so – and I am sure some will argue that as long as they are used properly they work – one wonders why the design is not changed to something a little less sensitive? it does not look as though it would be too difficult. But one assumes that the rotor manufacturers have good reason.