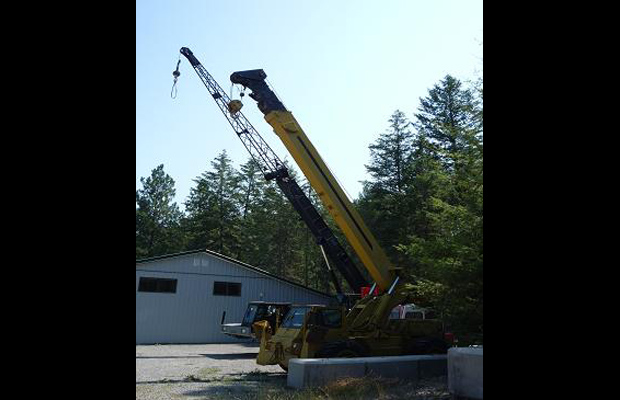 RCMP are trying to track down a 37-year-old Fruitvale man who is wanted for a fraud scam involving the inspection of heavy machinery.

Following a complaint, RCMP are looking for Paddy Gene Doherty, a man who is alleged to have conducted inspection of machinery at about 27 businesses throughout the Kootenies. Doherty faces 49 charges of fraud and uttering a forged document.

The RCMP allege that he inspected commercially operated heavy machinery which included cranes, forklifts, garage hoists without the valid certification.

In May 2009, an investigator with the RCMP Southeast District General Investigation Section took on the file when a complainant came to police about the inspections at a number of businesses.

It is alleged that Doherty did the inspections by using the forged signature of the complainant and a forged “Engineer Stamp”.

Doherty, it is alleged, defrauded these businesses out of approximately $40,000 for the inspection fees charged. The offences are believed to have occurred between January and June of 2009.

An arrest warrant was obtained last week and attempts to locate Doherty and arrest him are ongoing.

Inspections on an annual basis are needed before the erection of a tower crane. That includes forklifts, hoists in a garage, mobile cranes on vehicles and other heavy equipment.

A person using non-destructive testing methodology (NDT) and certified by the Canadian General Standards Board is needed for these inspections. A report is then sent to a professional engineer to review and provide a stamped certificate.

Checks on Doherty’s certification on the NDT Canadian website showed that it had expired on Dec. 31, 2008 and he no longer held CBSG Level II certification.

“More alarming then the monetary loss to the businesses, is the risk to the public and workers safety, considering that in some of the cases, the re-inspections by a certified inspector failed the equipment that had previously been approved by Doherty,” points out RCMP Corp. Dan Moskaluk.

The Mounties are warning businesses in the Okanagan and Kootenies to check their past machinery inspections.

Any businesses having had inspections performed by Doherty during the period of time that he was not certified are urged to consider having their equipment re-inspected.