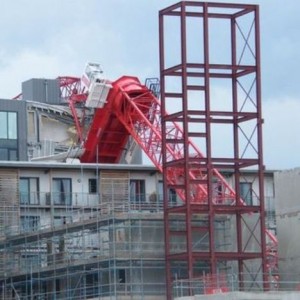 Iain Gillham, the tower crane operator critically injured when his crane collapsed in Liverpool, UK, in 2009 has won a £2.7 million out of court settlement.

Gillham, a site manager standing in for the regular tower crane operator, was lucky to have survived after he was thrown from his cab. He is now paralysed from the waist down and requires a team of carers to help him manage day to day life.

The crane’s overturn was caused by modifications made to its foundation, for which main contractor Bowmer & Kirkland was fined £280,000 and ordered to pay almost £200,000 in costs, while Liverpool based structural engineer Bingham Davis was fined a nominal £1,000 as it is now in liquidation. However its insurance company has continued to work on Gillham’s settlement.