NASA, first-ever deep space craft, Orion, was powered on for the first time in October, marking a major milestone in the final year of preparations for flight. NASA is currently using one of American Crane & Equipment’s single failure-proof cranes to assist Lockheed Martin personnel to move the Orion space capsule inside the Operations & Checkout (O&C) Building at the Kennedy Space Center in Cape Canaveral, Fla. The capsule is moved through several work stations during assembly, testing, and preparation prior to flight. 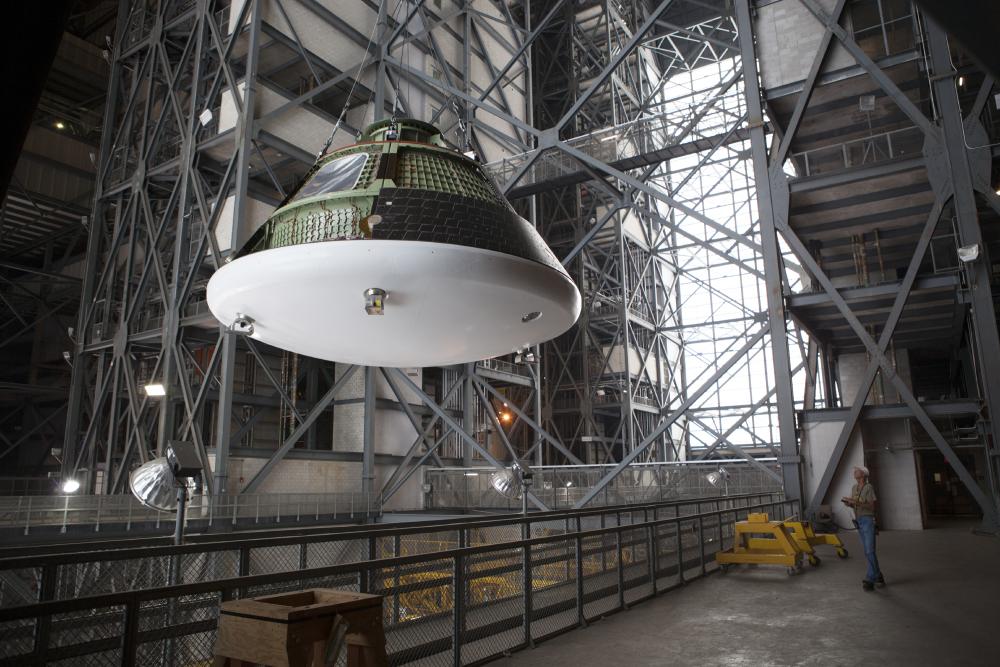 This 25-ton crane will also accompany the Orion capsule on the project’s second stage, inside the O&C Building, and help with placement for transport to the launch pad. In the future, this crane will also lift the Crew Module to the Service Module and onto the transport as well.

American Crane is currently building another crane for the Orion Project. Lockheed Martin will be relocating the current 25 ton crane to the O&C’s receiving room and the new crane will then be installed in the Low Bay of the O&C Building. This 30 ton crane, expected to be completed in February 2014, will then become the new O&C Low Bay Crane.

All of Orion’s avionics systems will be put to the test during its first mission, Exploration Flight Test-1(EFT-1), targeted to launch in fall 2014.

EFT-1 is a two-orbit, four-hour mission that will send Orion, uncrewed, more than 3,600 miles above the Earth’s surface –15 times farther than the International Space Station. During the test, Orion will return to Earth, enduring temperatures of 4,000 degrees Fahrenheit while traveling 20,000 miles per hour, faster than any current spacecraft capable of carrying humans. The data gathered during the flight will inform design decisions, validate existing computer models and guide new approaches to space systems development. The information gathered from this test also will aid in reducing the risks and costs of subsequent Orion flights.

“Orion will take humans farther than we’ve ever been before, and in just about a year, we’re going to send the Orion test vehicle into space,” said Dan Dumbacher, NASA’s deputy associate administrator for exploration systems development in Washington. “The work we’re doing now, the momentum we’re building, is going to carry us on our first trip to an asteroid and eventually to Mars. No other vehicle currently being built can do that, but Orion will, and EFT-1 is the first step.”

The completed Orion spacecraft will be installed on a Delta IV heavy rocket for EFT-1. NASA is also developing a new rocket, the Space Launch System, which will power subsequent missions into deep space, beginning with Exploration Mission-1 in 2017.