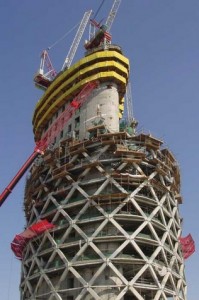 RMJM’s Capital Gate tower in Abu Dhabi leans at a stomach-lurching 18º, making it a project that largely consisted of geometrical and structural problems – not least of which was finding out where the building had moved to each morning