Mechanics and engineers today lowered a crane that had been poised precariously after it tilted and hit a 25-story building near Wall Street the day before, showering debris to the ground, rerouting traffic and causing evacuations. There were no injuries reported Saturday after the crane hit a ledge near the top of the mixed-use building on Maiden Lane, three blocks from Wall Street, the Fire Department of New York said. Part of the lower Manhattan building’s facade broke off and fell into the street, police Lt. John Grimpel said. 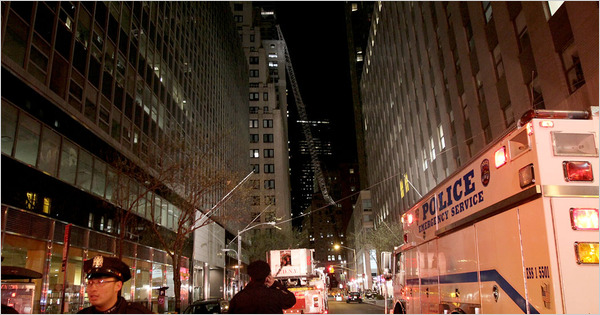 Read More     By The Associated Press