While popular in Europe for decades now, the all-terrain crane is just gaining traction in the North American market. Lindsey Anderson talks with manufacturers about why the market is expanding and what new technologies will propel it even more. All terrain cranes might have been the brainchild of European manufacturers and might still today have a major manufacturing hold in Europe (Germany, specifically), but they’ve crept into the North American market and continue to expand as design needs are met. 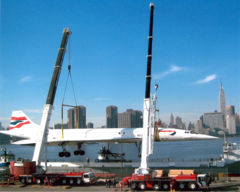