A fatal crane accident in Brisbane this morning has caused a union representing construction workers to call for a work stoppage for safety checks on every major site in southeast Queensland and possibly the whole state.

The Construction, Forestry, Mining and Energy Union (CFMEU) made the call this morning after a man was struck by a falling load at a new build project at the St Lucia campus of the University of Queensland.

According to the union this brings the number of deaths on Queensland construction sites to 12 this year, up from eight last year.

CFMEU Queensland health and safety spokesman Andrew Ramsay is quoted as saying: “A ‘safety walk’ will take place on Wednesday because it was just getting out of control”. He claims that a good number of the safety related issues can be traced back to the long hours that construction workings are doing and a lack of safety checks. 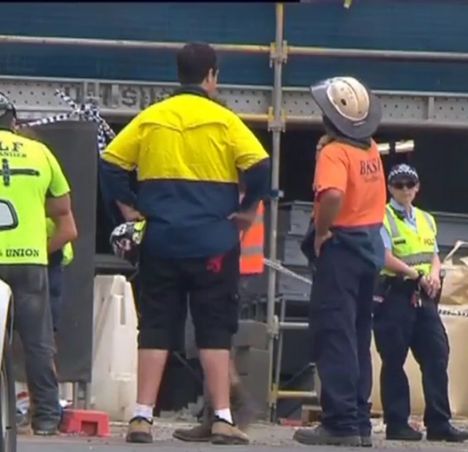 The accident involved a 65-year-old foreman who worked for the formwork specialist Bosform of Yatala. He was crushed by a large shuttering form which dropped from a crane at a height of 20 metres or more. According to local reports a lifting eye on the formwork gave way, causing it to fall.

Bosform often uses its own cranes and operators on its contracts, although the main contractor on the site is Melbourne based Cockram.

The man was dead when the emergency services arrived. Police have been at the scene all day along with Workplace Health and Safety and counsellors which are helping some of the 50 workers that were working in the vicinity of the accident.

The senior deputy vice-chancellor of the university, Michael Keniger expressed the University’s sympathy to the family and colleagues of the deceased man.

Are You the Ace of Hearts, or the Two of Clubs?