A 220 tonne All Terrain crane overturned in Germany this morning landing on a house and trapping a man in the small town of Dettelbach, to the east of Würzburg– in northwest Bavaria.

The crane, a Grove GMK 5220 owned by Bavarian crane and access rental company Ziegler, was working from the road out in front of the house, it was short rigged with no counterweight, and was in the process of lifting a self erecting tower crane over the fence and into or out of the front garden of the building when it overturned. 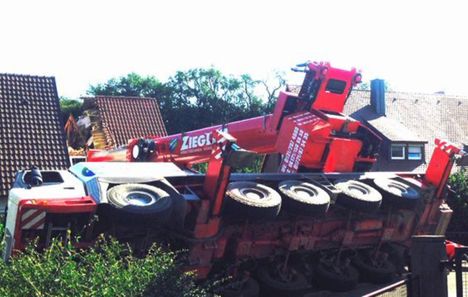 As the crane went over a 79 year old man who had been pushing his bike along the pavement/sidewalk and stopped to watch was trapped as it came down. He apparently fell over and was squeezed between the front part of the crane and the fence. 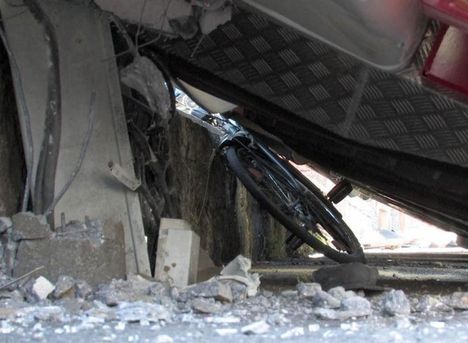 Amazingly when the crane boom reached the walls of the building, they were sufficiently strong to support the crane and prevent it from tipping any further and possibly crushing the man. He escaped with minor injuries, while the operator was treated for shock. 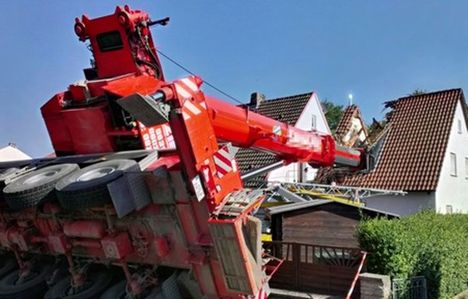 The crane was short rigged

Two other cranes have been brought in to recover the stricken crane. As far as the cause? it looks like a case of overloading.

Bridge replacement challenge for All Erection