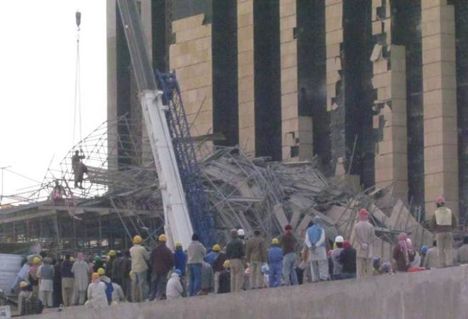 A large façade scaffold collapsed in Riyadh, Saudi Arabia on Monday, killing at least three, after it was reportedly struck by a crane.

The scaffold was on the front of the Princess Noura bin Abdul Rahman Women’s College, currently under construction. Official reports claim that three people have died so far while a further 11 are seriously injured. However a number of local reports from people ‘on the ground’ suggest that the number of deaths was significantly higher.

Most, if not all of the dead and injured were employed by the contractor Saudi Oger, the investigation into what happens continues but reliable local reports say that one of the tower cranes on the building struck the top two levels of the scaffold, possibly with its load, pulling down the entire structure. This has yet to be confirmed.

The construction site is running around the clock in order to be completed as soon as possible. The University will be one of the largest women’s universities in the world, covering over 8 million square metres, and the first women-only university in the kingdom. 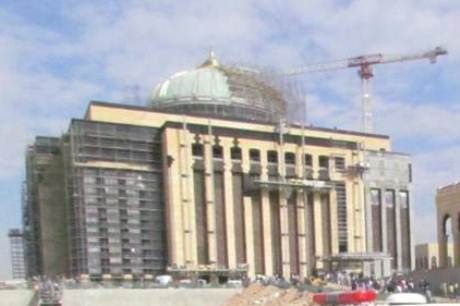