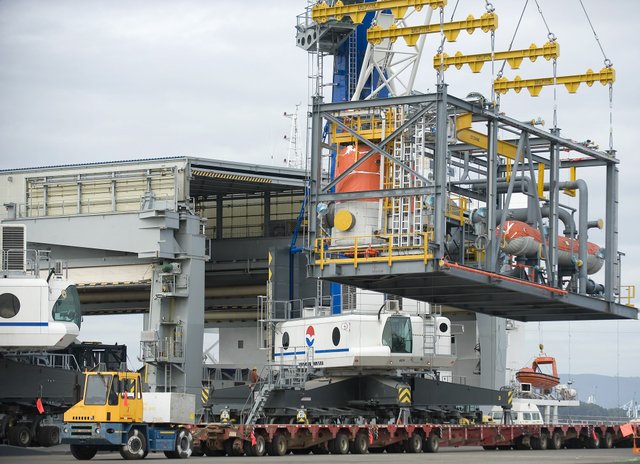 Crews at the Port of Vancouver are helping move some extra-large packages: oil modules weighing 85 tons. The equipment, which arrived Monday, is bound for the Kearl Oil Sands in Alberta, Canada, where it will be assembled and used to extract oil from sand. Before it can reach its destination, however, officials in Idaho and Montana must approve passage of the cargo across those states’ roads. That remains controversial because residents of both states say the equipment will mar scenic views and set an unwelcome precedent. The Port of Vancouver expects to import 200 pieces of oil sand equipment from South Korea through June 2011.