A crawler crane tipped forward slowly on Tuesday at a site in Norway as the operator lowered the jib for the day.

The crane is currently working on the erection of a warning light for shipping, on the tip of the small island of Jarlsø near Tønsberg to the south of Oslo.

At the end of the working day, the operator apparently started to lower the jib for the jib for the night when the crane started to go. The occupant of a nearby house saw the jib come very slowly towards their house coming to rest less than a metre from the building. 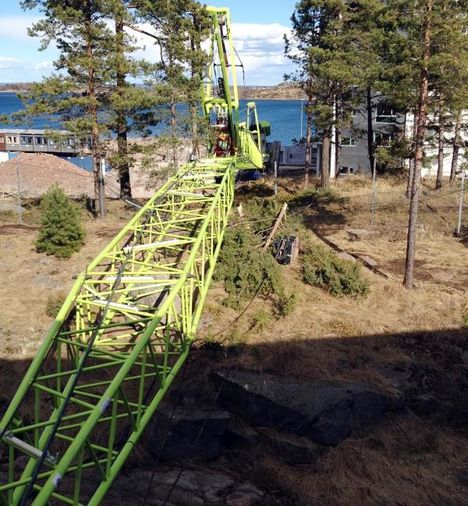 As it came down the boom took out a tree or two and a fence, however no one was injured and the damage looks light.

We do not know for sure what caused the loss of stability, but given the amount of boom and jib installed, the boom angle and the fact there was no load on the hook we wonder if the ground under the front of the tracks may have sunk? Although the ground in this location is very rocky. 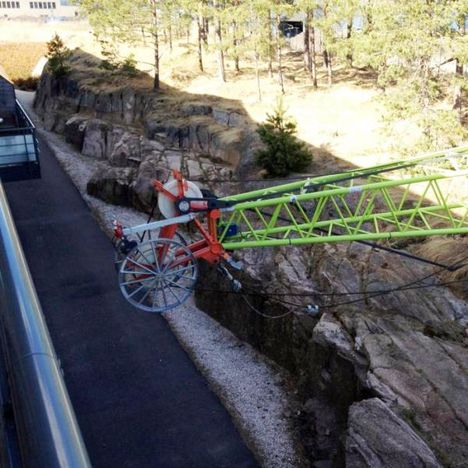 The crane, which looks quite new, is painted in a similar green to that used by a large crane rental company – but that may be co-incidental. The incident is being investigated.