A crane boom came down on to two men at a site in Perry, Ohio – south of Akron – on Saturday, they died instantly.

The incident occurred at Timken’s Faircrest steel mill in the town, the two men – Brian Black and Mark Tovissi – were employees of Canton-based Beaver Excavating which is working on the upgrade to the mill.

The type of crane was not clear, but most of the units on site are lattice crawler cranes, and this particular unit is owned by All Erection & Crane Rental. The two men were apparently helping rig a load when witnesses say something on the crane snapped and the boom simply dropped to the ground.

We understand that the crane operator while unhurt was taken to hospital to be treated for shock. 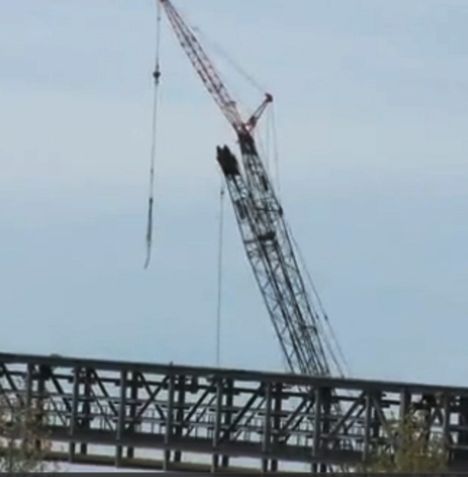 A photo from outside the plant following the incident

“Out of respect for those involved, Timken has also suspended its steel-making operations at the Faircrest plant. Timken workers will return to their shifts in steel operations on Monday, May 6, beginning at 8 a.m.”