A lattice crane boom collapsed yesterday on a job in Garrett Indiana after its load suddenly freed after it hung up.

The crawler crane, owned by Smith Erectors, was working on the Garrett high school building when the roof truss it was lifting caught on something, and then broke free as the operator continued to hoist. 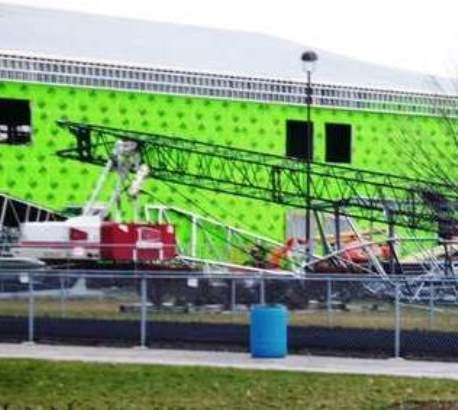 The sudden unloading of the boom, which was also fitted with a fly jib, sent it over the back of the crane, causing the base section to break away for the heel pins.

Thankfully no one was injured in the incident, although there was damage to the area where the boom and jib came down, including a quantity of new roof trusses. 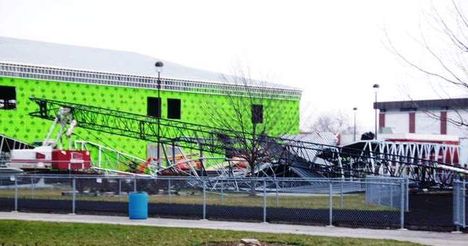