Fear of rejection is bogus! And so are the people who warn you it’s the reason for failure.

I am finally calling BS on the biggest myth in selling. Salespeople quit or fail because they “fear rejection.”

Give me a break. “Fear of rejection” is totally bogus.

Managers and sales trainers alike try to smooth it over by telling you crap like, “They’re not rejecting you. They’re just rejecting the offer you made them.” Horse manure! People reject both people AND offers.

THE TRUTH IS: Salespeople aren’t in fear. (Except maybe of their abusive bosses or proposed “changes” in their comp plan.) They’re vibrant people who make the economy run. “Nothing happens until somebody sells something,” said Red Motley in 1946.

Fear of rejection is an easy way for sales managers and leaders to explain why their turnover is high. “Bob quit because he feared rejection.” Really? I doubt it. Bob quit because your leadership is weak and your soft skills training are weaker.

Fear of rejection and its evil twin fear of failure are best described as excuses. What you’re looking for, as a would-be successful salesperson, are reasons and answers why a sale does not take place.

So, what (other than fear) are the 10.5 reasons rejection takes place? And how can you decrease your rejection rate? Wouldn’t you rather have those answers? Read on…

1. Lack of attitude. Not just lack of a positive or a YES! Attitude, but also the lack of a winning attitude. You need to carry a copy of The Little Engine That Could on your iPad or Kindle and read it every morning.

2. Lack of preparation in terms of the customer. You may know what you offer, but you may NOT know what the customer wants, or (more importantly) why he wants it.

3. Lack of belief. Belief is the most important and most complex, yet least understood emotion in the science of selling. Belief is broken down into five parts.

Part 1: You have to believe you work for the greatest company in the world.

Part 2: You have to believe that your products and service offerings are the greatest in the world.

Part 3: You have to believe you can differentiate yourself from the competitor in a manner that the customer perceives as valuable.

Part 4: You have to believe you’re a great salesperson capable of transferring a message and understanding customer needs.

4. Lack of sales skills. Since most companies provide poor sales training, it’s the responsibility of the salesperson to gain their own knowledge by investing in books, seminars, online courses, and all other means to gain sales wisdom, not just sales knowledge. CAUTION: Do not learn a “system” of selling. Sell in a way that makes you feel comfortable.

8. Lack of personal pride in yourself. Most people take more pride in their favorite sports team than they do in their career. This will be a direct reflection of the pride that you have in yourself and your performance. Think back to the time you made your biggest sale, and recall that memory and that feeling each time you’re in a sales presentation.

10. Low self-esteem. Someone told you that you’re not that good, or not that smart, and you (like a fool) believed them.

10.5 Limited self-image. You don’t consider yourself equal to the buyer, or good enough to sell the buyer. EXAMPLE: Stockbrokers talking to people of enormous wealth. Car salespeople trying to sell a car they can’t afford to buy themselves.

People that espouse these false fears – avoid them. 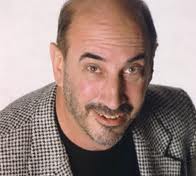 Getting Training In Order. The Correct Order.