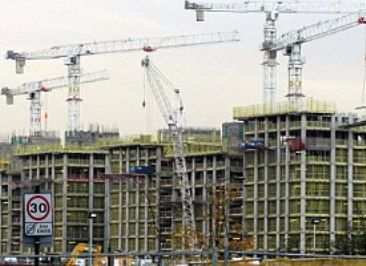 New figures published in the UK this week show the number of employees killed in the UK construction industry last year has increased for the first time in four years.

The Health and Safety Executive has released provisional data for the year to March 2011 which shows the number of workers killed was 50, an increase on the previous year, when 41 died – the majority on smaller construction sites. This is the first rise in deaths since 2006/7 when there were 79 fatalities .

Philip White, HSE’s chief construction inspector, said: “The construction industry continues to see more deaths than any other industrial sector. We must not lose sight of the fact that 50 construction workers failed to come home last year, and that will have devastated those they leave behind.”

“The increase in fatalities is extremely disappointing. However, figures for a single year should not be viewed in isolation. Numbers and rates of fatal injuries in construction have seen an overall downward trend in the last five years.”

“HSE will continue to work to reduce the number of fatal accidents, however, it is ultimately the responsibility of those who create health and safety risks to control them and prevent people being killed and injured. The majority of deaths continue to be on small construction sites. Big construction companies have shown steady improvements over the last decade and we want to see smaller firms take a similar lead. This is not about money, it’s about mindset – planning jobs properly, thinking before you act and taking basic steps to protect yourself and your friends.”