If you’re the leader of these people and these elements, it is imperative that you know how each player must perform, or you will fail. Same in sales.

All sales leaders and bosses want their people to be a team. All salespeople resist it, because they just want to sell — but they often need other team members (accounting, production, shipping, service) to make it happen.

THE TEAM SECRET IS: Everyone must know his or her own skill and know it perfectly. Until they know themselves, they can’t play well, or sing well with others.

Often salespeople don’t live up to their potential and don’t do their best, or they make mistakes along the way. This is where leadership can make it happen, or break it down and continue with less than stellar performance.

THE LEADERSHIP REALITY IS: If you’re a real leader, you can’t blame the players for poor performance. You have to be the teacher, the conductor, the coach, and the encourager.

On the eve of a symphony performance, thousands of people pay to watch the orchestra AND the conductor perform. And at the end there is usually a thunderous applause, cheers of BRAVO!, flowers given out all over the place, and, at the urging of the conductor, members of the orchestra standing one or two at a time to take individual applause and a bow.

You, as the spectator (the customer), paid for and saw a one-hour performance.

Same with you. And the key is the message I’m trying to transfer. Leaders and orchestra members PRACTICED TOGETHER. It’s the same in sales. You can’t just be the boss or the manager. You also have to be the leader by example, and the coach who knows the game.

If you’ve ever seen the video of the immortal UCLA basketball coach, John Wooden, on leadership — you saw him on the court passing the ball to his players at the top of the foul circle leading the weave. He shows his players by example, practicing with them. The more you practice together, the more likely you are to win the championship, or get a standing ovation.

In sales this means go with your people. Make calls with them. Help them make more sales. Be their coach, not their boss.

Here are two more indicators you’re on the winning path:

1. You’re attractive. Not pretty. I’m talking about people calling you up on the phone because they want to work for you. Did you ever have a college professor that everyone would line up for and hope they made it into his class? The questions you need to ask yourself are: Who’s willing to line up and wait for me? Who wants to play on my team? Who wants to sell for me?

2. Your former players stay in touch with you. People move on with their careers. I want anyone that leaves to say that you were the best coach, the best leader they ever had. You don’t just win best coach — you win the game of life.

Boss or leader? Boss or coach? Boss or teacher? Boss or encourager? The choices are obvious as they are written. Your challenge is to make them a reality. I hope you do. 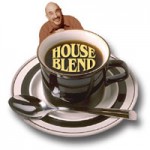