There was a wealth of activity in the dockside market last month, and since the start of the year. The opportunities in this market for the hoist manufactures is only set to grow as more ports join the list of those undergoing upgrades and expansions. The arrival of the giant dockside cranes at London’s newest port, London Gateway, is a clear signal for what is to come. 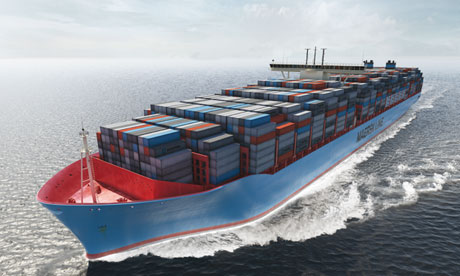 Last month port owner DP World took delivery of three massive ship-to-shore cranes for the London Gateway that are designed to accommodate a new class of jumbo container ships. These ships are so large that they cannot fit through the newly widened Panama Canal locks, can just about squeeze through the Suez Canal, and cannot dock in any North or South American port. The 138m tall cranes will have the reach to lift the 18,000 containers from the new Triple E ships, and even larger vessels in the future.

The development of these mammoth vessels has started an arms race between the world’s docks as those ports and countries that can accommodate the ships will reap the rewards.

This drive for growth will not only see new orders for dockside cranes but also orders to feed the logistics machine that handles the containers once off the ship. If all the containers from a Triple E were to be loaded onto a single train it would be 68 miles (110km) long. This huge cargo load arriving in the port — and the London Gateway for example will be able to take seven of these ships at a time — will need a finely tuned and high capacity intralogistics system to load the containers from the dockside and onto trains and lorries. It will also require state of the art real time tracking and monitoring systems to ensure the cargo is not lost in the stacks.

The Triple Es initial voyages will be serving the China-to-Europe shipping routes and much of the upcoming infrastructure development will be focused on the European side. Work has already begun on expanding Antwerp’s dock in Belgium by excavating an enormous trench to increase the capacity of this inland port. Rotterdam is continuously reclaiming land for the off loading of containers and has extensive plans to invest in new technology and infrastructure over the coming years. And outside of the brand new London Gateway, the UK is also investing in development of Southampton and Felixstowe. 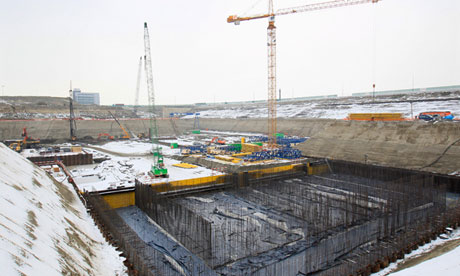 The world’s largest dock is being constructed in Antwerp, and will enable the Belgium port to accommodate Triple Es. Photograph: Yves Herman/Reuters

Even these ports, and their related distribution hubs, may not be the biggest we will see. Already container ship builders are promising bigger vessels. With the possibility that new Arctic routes could free shippers from the constraints of choke points like Panama, we may see yet bigger cranes needed.