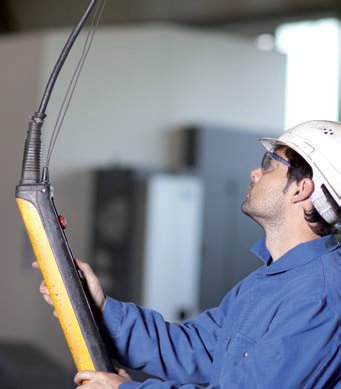 Less than a year ago economic analysts were lamenting the fate of the UK crane industry. Although far from pronouncing the industry dead, manufacturers were warned that the market for cranes was in much need of emergency life support. However the glimmer of hope is shimmering over the horizon, although research warns that we’re not out of the woods yet, writes Kizzi Nkwocha.

Just last year analysts reported that the number of cranes on the UK’s skyline had dropped to its lowest point in over two years. This fall was described by infrastructure experts at international law firm Pinsent Masons as “symbolic of the sharp falls in new commercial construction, deep cuts in capital spending being made by the public sector, and the current lack of positive UK infrastructure policy.”

Pinsent Masons said that the research demonstrated the most tangible evidence yet of a dearth of major infrastructure projects which, it said, is required to boost the construction industry and create jobs. Graham Robinson, Global Business Consultant in the Infrastructure Sector at Pinsent Masons told reporters: “People often look at the number of cranes as a barometer of the health of UK construction. If that is correct, then we should be concerned.

The lack of cranes on UK skylines is symbolic of the sharp falls in new commercial and public-sector construction seen in the last year and the lack of positive UK infrastructure policy. It is also a sign that construction projects are getting smaller, forcing larger construction companies to compete for smaller projects.”

However, a lot can change in a year. In a raft of encouraging economic data released this month, the Confederation of British Industry’s latest survey data forecasts UK growth of 0.3pc this quarter, rising to 0.4pc for the next two quarters and between 0.5pc and 0.6pc for each quarter of 2014.

Stephen Gifford, the CBI’s director of economics, was quoted by reporters as saying: “We continue to expect UK economic growth to strengthen and become more broad-based over this year and next,”

Crane manufacturers across the UK are slowly beginning to accept that, finally, global uncertainty has receded somewhat, setting the stage for a gradual improvement in trading conditions. And it is the state of the construction industry that many regard as the most reliable barometer for companies manufacturing and selling cranes.

If that is the case, then crane manufacturers may well see the glint of recovery shimmering over the horizon. But, analysts warn, we are not out of the woods yet.

However, this is dependent upon a recovery in the private sector and with the underlying economic uncertainties at the start of 2012, these forecasts may prove to be optimistic.

Previously the mainstay of the industry, the public sector has been suffering from major government expenditure cutbacks and aside from infrastructure it is unlikely to witness much growth before 2014. In contrast, main hopes of construction recovery lie with the private sector, notably housing, commercial (especially retail) and industrial.

After an initial 11% fall in output in 2009 following the onset of the financial crisis, construction has actually grown by 8% in 2010 and by 2% in 2011. Both the public and private sectors grew in 2010, but government cutbacks saw public expenditure fall in 2011.

According to the latest figures from the office for national Statistics (as at January 2012), output for the construction industry was 1.6% lower in November 2011 than in November 2010.

Month on month, the ONS reported that the volume of output was flat in November, growing by just 0.2% on October to reach £9.2bn. the public sector, excluding infrastructure, saw the largest year on year decline, of 16 per cent to £1.0bn, while infrastructure grew by 18.8%. Commercial output grew by 1%. all new work was down 2% to £6.1bn. Along with housing, the UK Government is keen to encourage investment in infrastructure and this is one of the few bright spots for the construction market in the public sector.

The Construction Products Association predicts that output in the sector will rise by 2% in both 2012 and 2013, accelerating to 8% in 2014 and settling at 6% in 2015 once main work begins on the nuclear programme. By 2015, infrastructure is expected to be worth £16 billion, double its value less than 10 years earlier.

Particularly important are the electricity sub-sector (expected to rise threefold by 2015 due to nuclear work and renewables) and ongoing work in the rail industry.

According to a report called Construction in the UK – Key Trends and Opportunities to 2016, research and analysis body, Timetric, noted that UK commercial construction output recorded a decline at a CAGR of -5.22% and valued GBP30.1 billion (US$48.3 billion) in 2011. Timetric said that consumers are spending cautiously due to unstable economic conditions, high inflation rates and minimal pay rises. The report said: “Retailers cannot afford to operate unprofitable stores and are choosing to have fewer stores in more profitable locations to reduce margins. The demand for office space declined during the global recession.

“Developers too, aware of speculative development, reduced construction in this period, therefore, the country now faces an undersupply of prime office space. The growth of the commercial construction sector will depend on the total economy growth and European economic conditions.”

The encouraging news for crane companies is that the UK Government’s National Infrastructure Plan (NIP) has a pipeline of 500 projects, which require an GBP250 billion (US$401.0 billion) investment to develop highways, railways, nuclear energy, offshore wind farms and broadband networks.