An old bulk un-loader crane collapsed while it was being dismantled in Portland, Oregon. 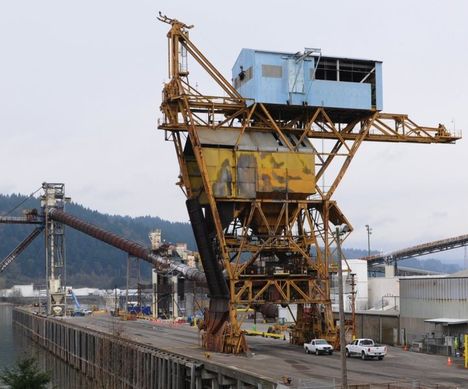 The crane prior to its collapse

Advanced American Construction was contracted to remove the obsolete un-loader crane which was last used in the mid-1990s at the Kinder Morgan soda ash export facility. 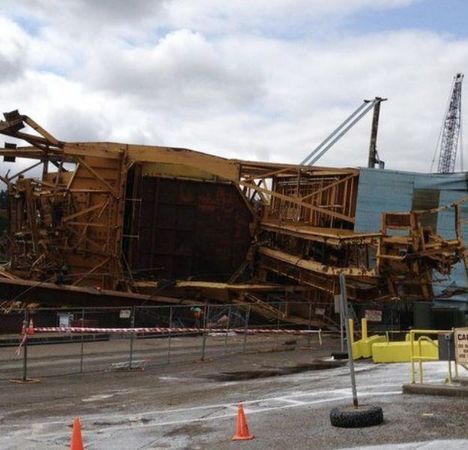 No one was hurt in the incident and property damage was minimal.