A warning has been issued by the KBR Building Group, which counts Boeing among its clients, concerning a brand of Chinese sling sold under the S-Line label.

The alert follows an incident and a safety audit. While this bulletin has been widely circulated we have been unable to determine if the slings are made by or for S-Line, a Texas based company, or if they are counterfeit slings.

The yellow slings are supposed to contain red core yarns in order to indicate excessive wear or damage. A random test of six further slings also proved to have been made without the core yarns. 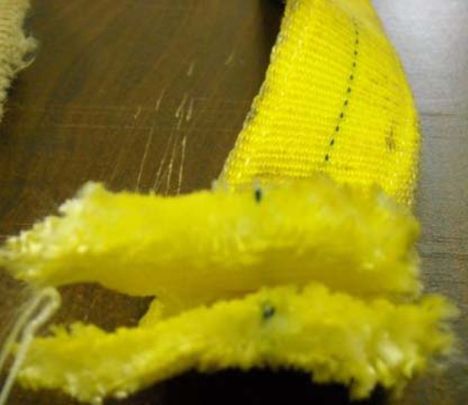 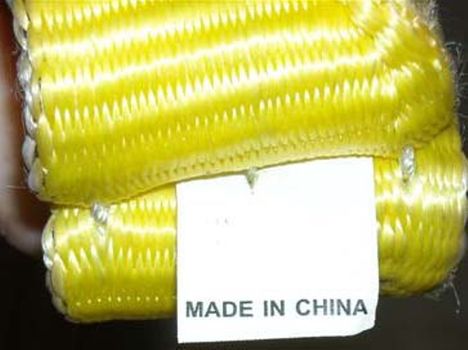 The full text of the bulletin that we have been sent is as follows:

“A damaged polyester sling was discovered during a routine safety audit. The label indicated “If red core yarns are visible remove the sling from service”. Upon further inspection, the red core warning yarn was not present. Three similar slings were removed from service. None of these slings contained red core warning yarn as indicated on the labels. United Rentals, a supplier of these slings, cut six polyester slings. All six slings were missing the red core warning yarn. United Rentals removed this product from their inventory and will discontinue supplying slings made in China to vendors in the Charleston, SC region.

We have contacted S-Line in Texas, and are waiting on a response, but in the meantime feel obliged to pass this warning bulletin on, given that it may have safety implications that go beyond the omission of the red core yarns.