A loader crane caught fire on Friday in Amsterdam after its boom became entangled in the overhead tram power lines.

The incident occurred on the Muiderstraat on Friday morning when the truck with a loader crane and grab was working alongside the tram lines, its boom was raised to the point where it tangles in the power lines and caught fire. 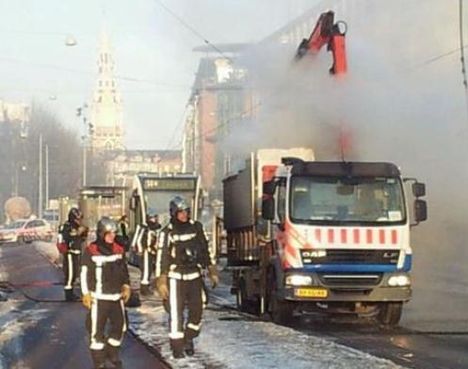 We understand that there were no injuries, but trams 9 and 14, 25, 16 and 24 were disrupted while the fire department extinguished the flames and removed the truck. 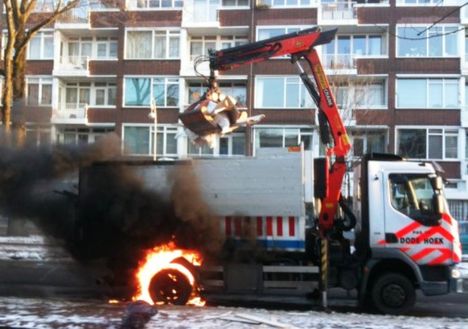