The European Association of Abnormal Road Transport and Mobile Cranes (ESTA) is busy preparing for its fast-approaching annual Awards of Excellence competition. ESTA is the European platform for stakeholders in the mobile crane and abnormal road transport industry. The ESTA Users Night 2014 will take place at the Mövenpick Hotel in Amsterdam City Centre, Netherlands, on Thursday 24 April 2014. 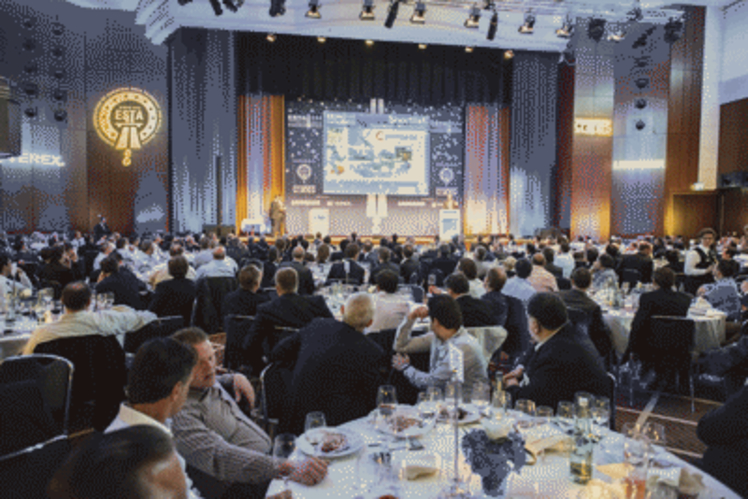 The 2013 ESTA Awards of Excellence evening in Munich, Germany

Hundreds of the leading crane and heavy transport industry professionals in Europe are brought together at the ESTA Awards evening. It has developed into the most prestigious European event for all ESTA members, affiliated companies, end users and manufacturers working in heavy haulage, transport and the lifting industry. There will be opportunities to meet and network with fellow professionals throughout the evening and after the dinner. A hosted drinks reception is also part of the evening.

From all the Awards of Excellence entries received one winner is selected in each category from a maximum of four nominees. The nominees in each category will be announced in the last week of February and publicised prior to the event.

Wim Richie is the overall jury co-ordinator for the 2014 ESTA Awards of Excellence. Jurors for the awards judging are as follows:

At the Users Night dinner ESTA member associations and special members are entitled to six free dinner seats. Registration for these seats is required and must be completed by 24 March 2014.

Room reservations can be made at the Mövenpick Hotel Amsterdam City Centre by telephone: +31 205191234 or e-mail: [email protected]

Rooms are limited so reservations should be made as soon as possible.