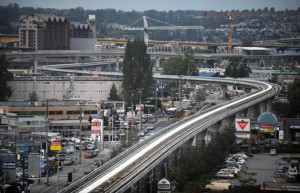 VANCOUVER – WorkSafeBC has hit two firms with fines totaling $315,343.71 for their part in the death of a crane operator who was killed while working on the Canada Line.

No penalties are adequate when a life is lost, but we hope they can serve to motivate these employers and others to comply with the Occupational Health and Safety Regulation, particularly as it applies to training and supervision,  Roberta Ellis, vice-president of the Investigation Division of WorkSafeBC, said in a statement.

WorkSafeBC — the Workers’ Compensation Board — earlier found the 22-year-old crane operator, Andrew Slobodian, was not sufficiently trained for the job he was doing.

The penalties are among the highest ever imposed by WorkSafeBC, reflecting the seriousness of the violations. The criteria for a discretionary penalty ” a fatality arising from a high-risk violation committed willfully or with reckless disregard ” were met in this case, allowing for the larger penalty amount.

On Jan. 21, 2008, a crane operator was using a small carry-deck crane as part of the ironworker crew installing bike path components onto the Vancouver side of the North Arm Bridge.

When he attempted to move a load from the front deck of the crane to the bike path below by swinging it over the bridge guide-way, the crane tipped over on its driver side.

The crane operator tried to exit the rear of the crane, but was pinched between the crane and the guide-way’s wall and was killed instantly.

The WorkSafeBC investigation, released in 2008, also found that load weights were not clearly presented and there was no effective system to measure operating radius.

Slobodian’s union, Ironworkers Local 97, earlier disagreed with the findings of inadequate training and supervision, suggesting it was a tragic accident.

WorkSafeBC penalizes companies for: a lack of due diligence resulting in a serious injury or fatality; where there has been a serious and/or repeated violation of occupational health and safety laws and regulations; where a sanction is required to motivate the employer to comply with the law; and where a sanction can act as a deterrent for others.

The amount of an administrative penalty is based on the size of an employer’s payroll (those with higher payrolls are assessed higher penalties) and the seriousness of the violations.

The maximum penalty amount is adjusted yearly it is currently $519,000. WorkSafeBC is an independent provincial agency governed by a board of directors that serves almost two million workers and about 200,000 employers. It was born out of a compromise between B.C.’s workers and employers in 1917, when workers gave up the right to sue their employers and fellow workers for injuries on the job in return for a no-fault insurance program fully paid by employers.