The boom of an overturned crawler crane has completely disrupted traffic on the A-50 in the Netherlands this evening.

The crane was working on the construction of the second Waal bridge when it started to sink into the soft ground and went over backwards. Its boom came down onto the existing bridge structure blocking traffic. It also struck the cab of a truck on the bridge. Thankfully neither the truck driver, nor any one else was injured in the incident and it is hoped that the road will be cleared later this evening. 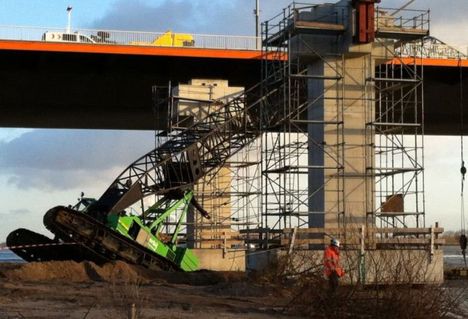 The crane is owned and operated by specialist contractor Voorbij Funderingstechniek of Amsterdam. Its staff on site confirmed that the crane simply sank while being manoeuvred. We have been unable to obtain an official statement this evening. 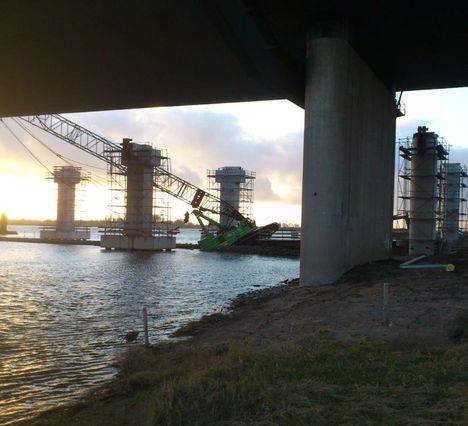 The falling boom also left two men stranded on the top of one of the bridge support pillars under construction. They were rescued after an hour by an aerial lift.

This is a highly unusual incident for the Netherlands, due to the ground almost always being soft crawler cranes invariably work on timber mat platforms. This company is highly experienced in this type of application so we can only assume that the crane came off of the mats?

Hopefully we will be able to provide more information later.

Who’s afraid of social media and social networking? You are!