The owner of a property development company could face over six years in prison and a $1 million fine after an employee was killed while using a boom lift to trim trees last year. The company was already fined almost $92,000 in April.

The incident occurred in November last year in La Mesa, California, while a team from Three Frogs Inc was working on the home of company owner, David Scott Wolfe. Employee Joshua Alan Pudsey, 42, was trimming tree limbs from an 80ft articulated boom lift that the company had rented, when a limb he cut from a large eucalyptus tree struck him on the head and bounced him out of the basket. 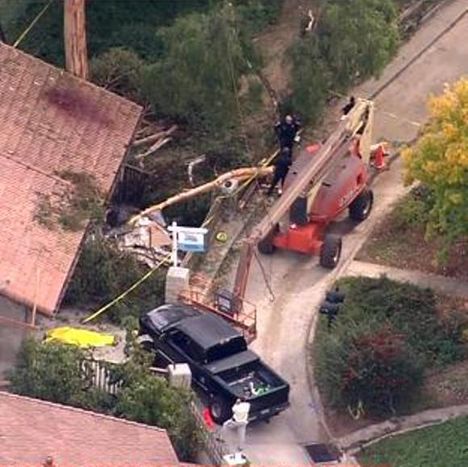 Pudsey had been working as a general construction labourer at various properties owned by Three Frogs for around three months prior to the incident. Neither he nor any of the other labourers employed by Three Frogs had the experience or training required to safely cut down a large tree. They were also not trained to use the aerial lift, and were not provided with fall protection harnesses or eye protection.

Cal/OSHA investigated the incident and issued 13 citations against Three Frogs, for violations of California’s workplace safety regulations, including eight that were serious in nature and five that were directly related to the accident. Cal/OSHA’s Bureau of Investigations also has an ongoing criminal investigation against Wolfe, the company and other senior employees and has been ordered to stop operations as it was found to have no Workers Compensation arrangements in place.

It claims that the company failed to employ a qualified tree worker – a legal requirement for all work related to tree trimming, tree repair or removal of trees that exceed five metres in height and was criminally negligent. A hearing this week has been adjourned until September 8th.

Christine Baker, director of the Department of Industrial Relations said: “Workers at construction sites are frequently exposed to serious hazards, and safety training is essential to prevent serious injuries and fatalities. This incident is a vivid reminder of what can go wrong when employers don’t have proper safety procedures in place.”