A lattice truck crane overturned yesterday in Maplewood, near Minneapolis/St Paul, Minnesota trapping the crane operator in his cab. 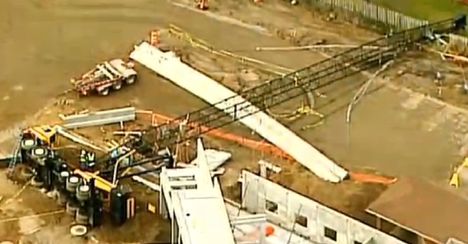 The operator Cory Lewellin, 34, was operating the crane, owned by Truck Crane Service of Eagan, and according to local sources was out on rent to Landwehr Construction of St. Cloud and was rigged with 140ft/43 metres of boom. It looks like a 125 ton American 7150.

The crane was lifting a precast concrete beam at the time and according to initial police reports the ground, had been recently excavated and gave way under the outriggers. It also looks as though the front outrigger beams may not have been fully extended?

Later feedback from the site suggests that capacity differences between side and rear may have been to blame, rather than ground conditions or outrigger position. 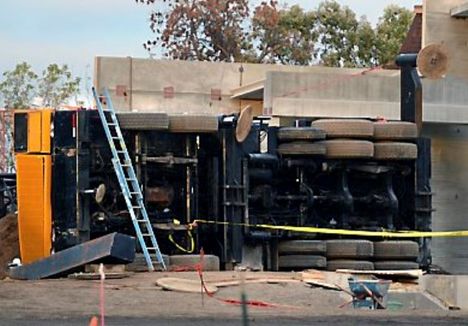 The outriggers sank into the ground

No one else was hurt in the incident