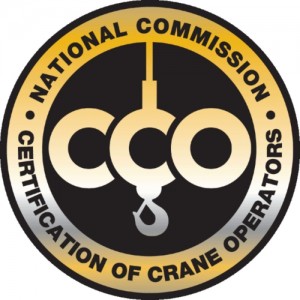 CCO certification reached a historic milestone last month when the 100,000th person to be certified through the nationally accredited program since its launch in April 1996 received his certification card.

Because operators often hold certifications for various types of cranes, as well as related programs such as rigger, signal person, and crane inspector, the actual number of certifications issued is much higher. In fact, the 75,000 individuals who are currently certified hold more than 240,000 certifications between them. And this equates to more than 850,000 written and practical exams administered over the 18 years NCCCO has been offering its CCO certifications.

While achieving these numerical milestones was in itself gratifying, said NCCCO Executive Director, Graham Brent, much more important was the improved crane safety that had resulted from having such a large percentage of operators on construction sites around the nation professionally and independently tested.

“Ample evidence now exists,” Brent said, “of the positive impact of nationally accredited crane operator certification on death and injury rates.” The 2008 Cal-OSHA study that revealed an 80% decrease in fatalities relating to crane accidents following the implementation of that state’s requirement for crane operator certification was “demonstrable confirmation” of that fact, he said.

But testimony from participants in NCCCO’s Committed to Crane Safety employer recognition program was, he added, just as conclusive in detailing the significant safety and productivity benefits, as well as actual cost-savings that accrue from professionally developed and administered certification.

“The original industry leaders whose dream provided the basis for CCO certification a quarter of a century ago had high hopes for its success,” said former NCCCO President, Carson Huneycutt, “but I doubt if anyone back in the early 1990s, when we took the first hesitant steps to build a national skills and knowledge assessment system in this country, dared hope this program might have such a profound impact on crane safety that is so clearly reflected in the achievement of this milestone.” Huneycutt, now retired from J.A. Jones Construction, was part of the original task group that created NCCCO, and served as its president from 1996–1998.

A majority of those certified over the last 18 years have been operators of mobile cranes, the first and still the most popular program, said Brent. But other crane programs, such as tower and overhead cranes, had shown sustained interest in the decade since their launch, and the newer, “crane-related” certifications were growing in popularity. “There are now more than 10,000 CCO-certified signal persons active today, and almost 7,000 CCO-certified riggers engaged in their craft,” he stated.

New Crane Regulations May Save Lives