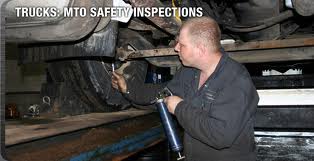 A sheriff in Scotland has finally issued a ruling on an fatal road accident in which a mother and her two young daughters were killed, after their car skidded on hydraulic oil that had leaked from a mobile crane.

Following the fatal accident inquiry, Sheriff Kenneth Stewart has determined that “the car lost control because of ‘contamination’ on the road and that the contaminant was hydraulic or lubricating oil which had the effect of considerably reducing the grip of the cars tyres on the roadway.”

“On the balance of probabilities the contaminant was deposited on the road by a mobile crane which was driven south on the A92 road shortly before the accident. The oil leaked from a hole in a hydraulic hose which had been incorrectly positioned, leading to abrasion.”

He added that it is likely the fault would have been noticed if the crane’s owners and operators, William Whyte Cargo Handlers – which trades as Whyte Crane Hire – had had a programme of planned preventative maintenance in place for the crane, based at least on the recommendations contained in the manufacturer’s manual.

He then recommended that the UK Government “as a matter of urgency bring in legislation to remove mobile cranes’ current exemption from undergoing a compulsory regular roadworthiness test.”

The inquiry, held intermittently at Stonehaven Sheriff Court between March and November last year was told that Whyte’s now has a preventative maintenance scheme in place.

Witness Hamish Anderson, the crane’s operator told the court that he discovered several gallons of hydraulic oil had leaked from the crane and admitted he did not check the levels regularly. He also said that such checks were carried out when there was time and that it was really just an exercise in box ticking.

It is most likely now down to the Health & Safety Executive to decide on how and if it will prosecute this case.

Ann Copeland, 45, and daughters Niamh, 10, and Ciara, seven, died after their car lost control and veered across the road into an oncoming car. The crash happened on the A92 Stonehaven to Montrose Road, St Cyrus, Aberdeenshire on January 9th 2008.