A crane operator accidentally engaged the main hoist of his crawler crane in Naples Maine, yesterday pulling the lattice boom over the back of the crane. No one was injured in the incident and there appears to be little damage to anything but the crane, the boom of which is clearly a ‘write-off’. 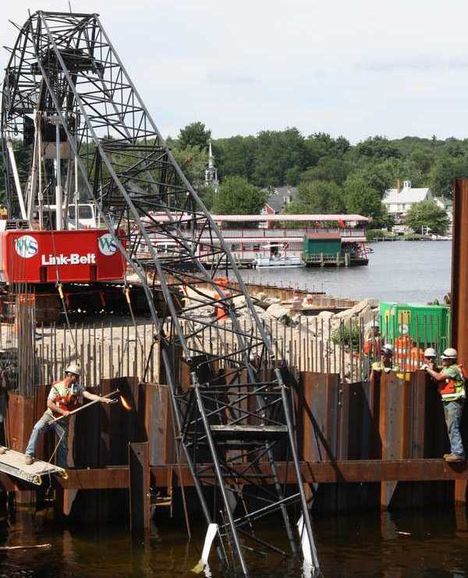 The crane, a Link Belt owned by general contractor Wyman and Simpson of Richmond, Maine was working on a highway bridge project, rigged with around 36 metres of boom with no load on the hook.

The contractor confirmed that as far as it can tell the accident was caused by the inadvertent operation of the main hoist which pulled the hook block into the boom nose and then the boom over the back. 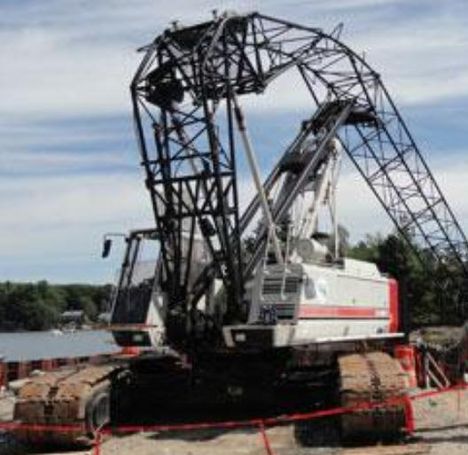 Accidents such as this can happen however this type of failure is generally a thing of the past given the installation of anti-two block devices and other interlocks. Clearly something was not installed on this crane.