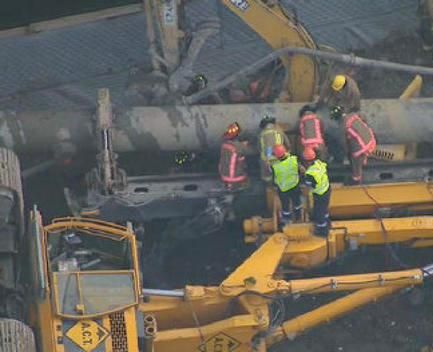 A fatal accident at York University in Toronto on Tuesday October 11th  did not involve a crane as has been widely reported.  The tragic incident in which one man died and another was seriously injured, involved an excavator based foundation machine, which overturned at the site of a future subway station for the university.