A female crane operator was injured yesterday, suffering two broken arms and a broken leg, after the crawler crane she was operating – a vintage Link Belt- tipped over sideways trapping her in the cab. 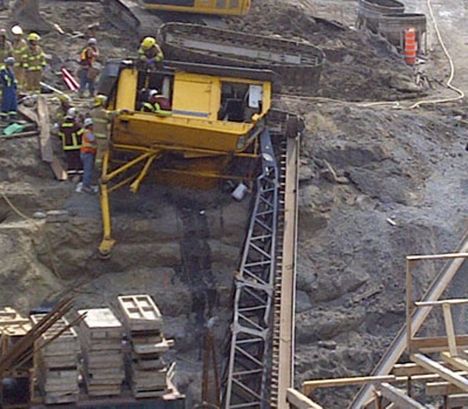 The crane was apparently travelling on the edge of an excavation when the ground appears to have given way, tipping the crane into the hole. Some reports say that wind might have been a contributing factor.

Around 50 members of the emergency services turned out for the rescue as hundreds of pedestrians looked on. Reports suggest that she was unconscious when rescuers first reached her, but came around as they removed her from the crane in a rescue harness. 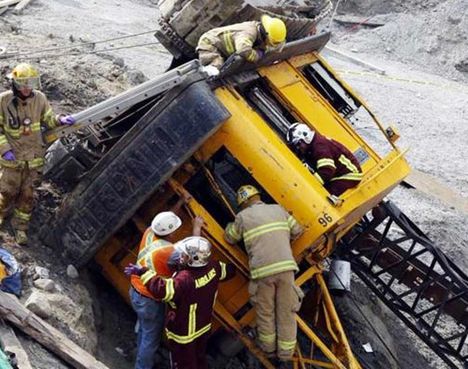 The Commission de la santé et de la securité du travail du Quebec, was on the scene in downtown Montreal and is investigating the cause of the accident.