﻿﻿A crane placing a 1957 fighter jet onto a pedestal in Alameda, California dropped its load yesterday. 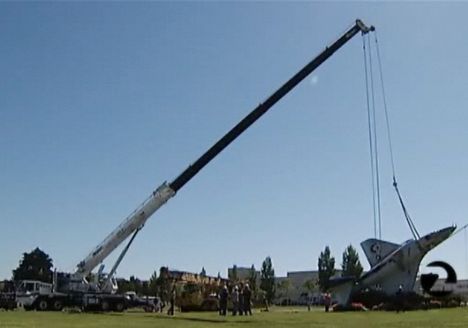 The aircraft, which has welcomed visitors to the Alameda Naval Station for 32 years, had been subject to a two year restoration project and was being placed back on its pedestal in time for July 4th celebrations.

No one was injured but the damage could take another two years to put right. The crane, a Grove four axle truck crane was working for contractor NRC Environmental. A similar sized truck crane was called out from Bigge to rescue both the crane and the stricken aircraft which was returned to the hanger. 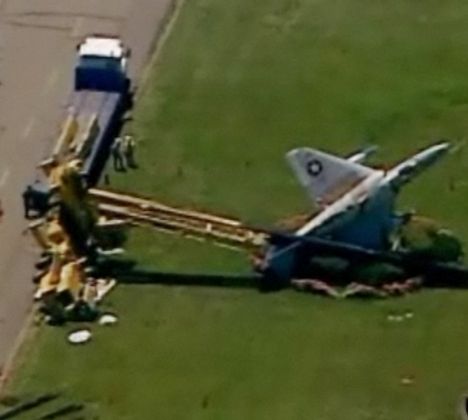