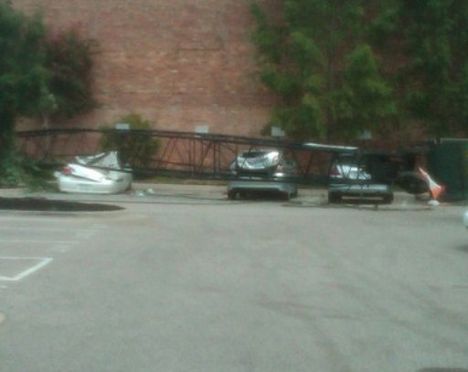 The 110 ton crawler crane, owned by Buckner Heavylift Cranes of Graham, North Carolina, was rented to LeChase Construction Services and was working on the town’s multi storey car park, lifting steel beams, when the accident occurred.

The crane operator was taken to hospital, but his injuries were said to be minor no one else was affected.

According to a local witness the operator was lowering the boom when something gave way, causing it to drop. Although other reports suggest that the load might have caught up on reinforcing bars protruding from the structure, causing the crane to tip.

The states Occupational Safety and Health Agency was called in to investigate the accident.