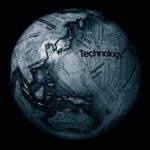 The forecasting company’s latest Global Construction Outlook said the market will shrink to US$ 5.5 trillion this year with every region except Asia (excluding Japan) seeing a fall in construction spending.

Back-to-back contractions in the world’s construction market during 2008 and 2009 means there will be virtually no growth next year. The forecast is also a result of strong upturns in Asia coinciding with more, but slowing declines in the US and European markets.

Increasing robust activity is expected in 2011 and beyond with a more than +5% growth rate for several consecutive years, Global Insight said.

Although global residential construction spending is expected to pick-up early next year, the non-residential sector will take longer to recover, according to Laura Hanlon, product manager for construction services at IHS Global Insight.

She said, “Although the global non-residential downturn has only just begun it’s not nearly as severe in terms of timing and magnitude as the residential crash has been.”

It is the infrastructure sector that remains the most positive feature in Global Insight’s outlook.

Construction growth in Asia, (excluding Japan), which is projected to grow + 5.9% in 2009 and + 7.1% in 2010, is being led by the infrastructure sector and strongly supported by aggressive stimulus packages, especially in China.

However, according to Global Insight, the stimulus policy has exacerbated China’s long-standing problems of excess capacity and an unstable banking sector.

Meanwhile, the declining construction forecasts for the US, Western Europe and Japan are off-setting the growth in Asia.

Global Insight said the industry is being affected by weak consumer and business confidence, as well as tight credit conditions.

While Western European economies have begun to stabilise, tight credit, housing market conditions, a strong Euro and rigid labour market conditions continue to impede recoveries in construction which will decline – 9.6% in 2009 and is expected to fall another – 4.1% in 2010.

Infrastructure construction, projected to grow + 3.8% in 2010, is the only bright spot in the Western European outlook.This is due to stimulus packages and country necessity. However, according to Global Insight there are serious doubts about the sustainability of stimulus packages in a number of countries.