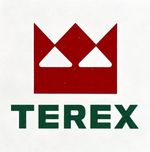 Terex has issued a statement vowing to fight a US patent verdict against a side conveyor on some of its Powerscreen crushing machines.  The jury verdict was handed down in an infringement lawsuit brought against Powerscreen International Distribution and owner Terex by Metso Minerals in United States district court for the eastern district of New York.

The jury concluded that not only had Terex infringed the Metso patent but also that it had done it wilfully. This will potentially allow Metso to collect multiple damages. The verdict awards damages to Metso of €12 million ($16 million). A court ruling is expected early next year at which time the total compensation payable to Metso will be known.

The Terex statement says that the Powercreen folding side conveyor does not infringe Metso’s patent and that it will appeal.