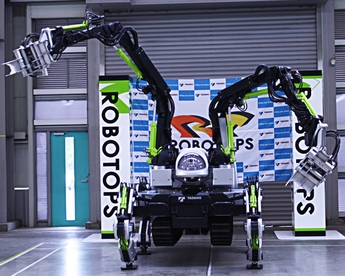 If you think the towering fictional robot monstrosities of Terminator 4 are chilling, you probably won’t be happy to see the very real ROBOTOPS at your local construction site. The four-legged, two-armed robot is actually a kind of automated mobile crane with 29 functioning joints for picking off humans, and of course the occasional piece of construction material.

Using a high quality three-chip CCD camera, the robot can be operated remotely for particularly dangerous jobs. The developer of the robot, Japan’s Tadano Ltd., hasn’t announced commercial pricing but hopes to get the beast out in the marketplace as soon as possible.