Questions regarding the safety of crane operations on construction sites throughout Canada are being asked following the toppling over of a crane which bought down hydro poles and power lines, some of which fell onto a Toronto Transit Commission bus carrying more than two dozen passengers. 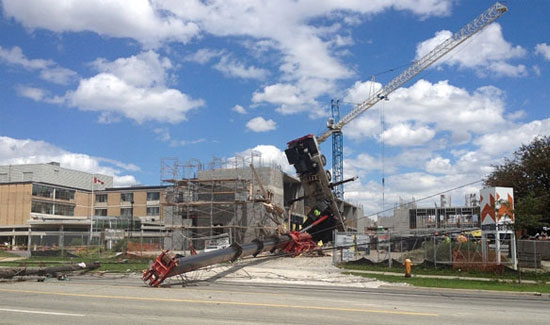 At this stage, it is not known what caused the latest incident, though the Ministry of Labour is investigating and the International Union of Operating Engineers, which trains crane operators is eager to know the cause.

“We just can’t afford to make a mistake,” the union’s Joe Dowdell is quoted as saying on a CBC News report. “However, having said that, things do happen.”

Chris Jewell of Reliance Construction Group says that courtesy of the sheer volume of high rise projects in Toronto – 183 at the current time – it is unrealistic to expect the Ministry of Labour to inspect cranes before each and every new project. 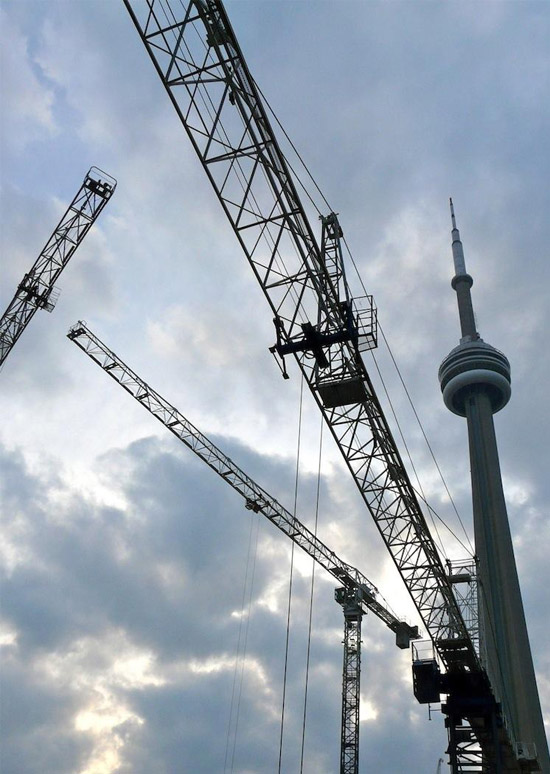 “If (an inspector) was here on a random check he would check it,” Jewel says. “But otherwise, no, it’s up to the crane operator.”

Overall, Canada has a reasonably strong track record when it comes to crane safety. A worldwide study of accidents involving cranes published by the England’s Health and Safety Executive lists only two known incidents occurring in Canada over the 20-year period spanning 1989-2009. A total of 86 incidents were recorded around the world during this timeframe.

While no further details were given with regard to the former incident, photographs of the latter incident show the accident involved the clean separation of the top of the crane from the mast section at the slewing ring joint.

The study did not say whether any injuries were caused as a result of either incident.