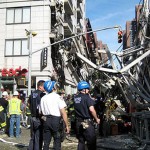 The city’s former chief crane inspector is expected to plead guilty to accepting thousands of dollars in bribes in exchange for filing fake inspection reports, according to the Daily News. James Delayo, who will appear in Manhattan Supreme Court.

Rapport is elusive currency, build it, bank it.