The four rope grab, diesel-electric Model 6 has a 100 tonne maximum lifting capacity with a radius of up to 51 metres and hoist speeds of up to 110 metres a minute. It is also the first Gottwald Model 6 crane to be fitted with the company’s newly integrated weighing system which it says enables crane operators to record and invoice the volumes of bulk materials handled.

Commenting on the new system Giuseppe Di Lisa, vice president sales and service at Terex Port said: “A ground-breaking, smart crane feature like the weighing system has long been called for by the market. Once again, we are leading the pack and are currently the only manufacturer of mobile harbour cranes to implement fast weighing processes without ancillary equipment during the move.” 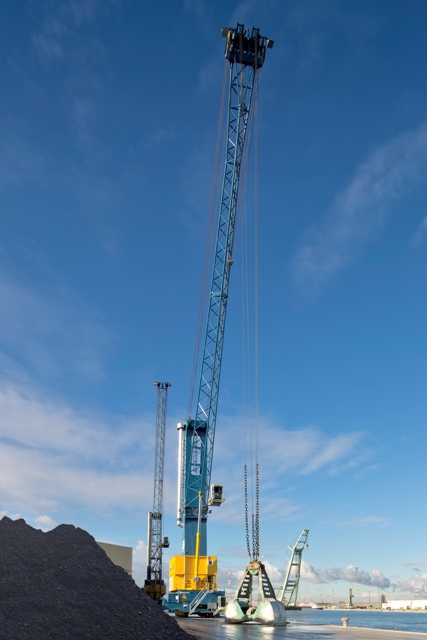 SEA-invest founder Philippe Van de Vyvere added: “Mobile harbour cranes bearing the Gottwald brand name have been supporting us in our terminals for decades. We were convinced mainly by the reliability and power of innovation which benefits not only us as terminal operators, but in particular, our customers.”

SEA-invest is one of the world’s largest terminal operators with a worldwide reputation in the field of stevedoring, transport, warehousing and other port related activities and operates from 25 ports throughout nine countries.

An Apple A Day Has Passed Away.

Your Golden Ticket is Within Your Grasp.